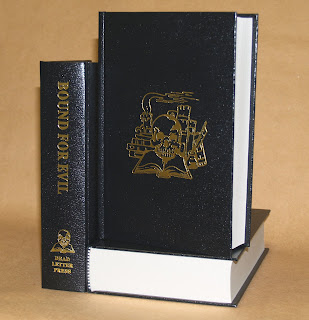 I'm extremely proud to announce that Bound for Evil has been nominated for the prestigious Shirley Jackson Award in the Anthology category. The winners of this juried award will be announced on July 12, 2009, at ReaderCon 20 in Burlington, MA.

About the awards:
Shirley Jackson (1916-1965) wrote such classic novels as The Haunting of Hill House and We Have Always Lived in the Castle, as well as one of the most famous short stories in the English language, "The Lottery." Her work continues to be a major influence on writers of every kind of fiction, from the most traditional genre offerings to the most innovative literary work. National Book Critics Circle Award-winning novelist Jonathan Lethem has called Jackson “one of this century’s most luminous and strange American writers,” and multiple generations of authors would agree.

The Shirley Jackson Award will be voted upon by a jury of professional writers, editors, critics, and academics, with input from a Board of Advisors. The awards will be given for the best work published in the preceding calendar year in the following categories: Novel, Novella, Novelette, Short Story, Single-Author Collection, and Edited Anthology.
at April 17, 2009

Good luck, everyone! This is very exciting. Congratulations, Tom!

Need assistance? Email us at
deadletterpress@cox.net 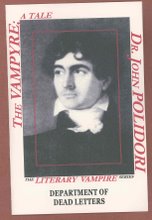